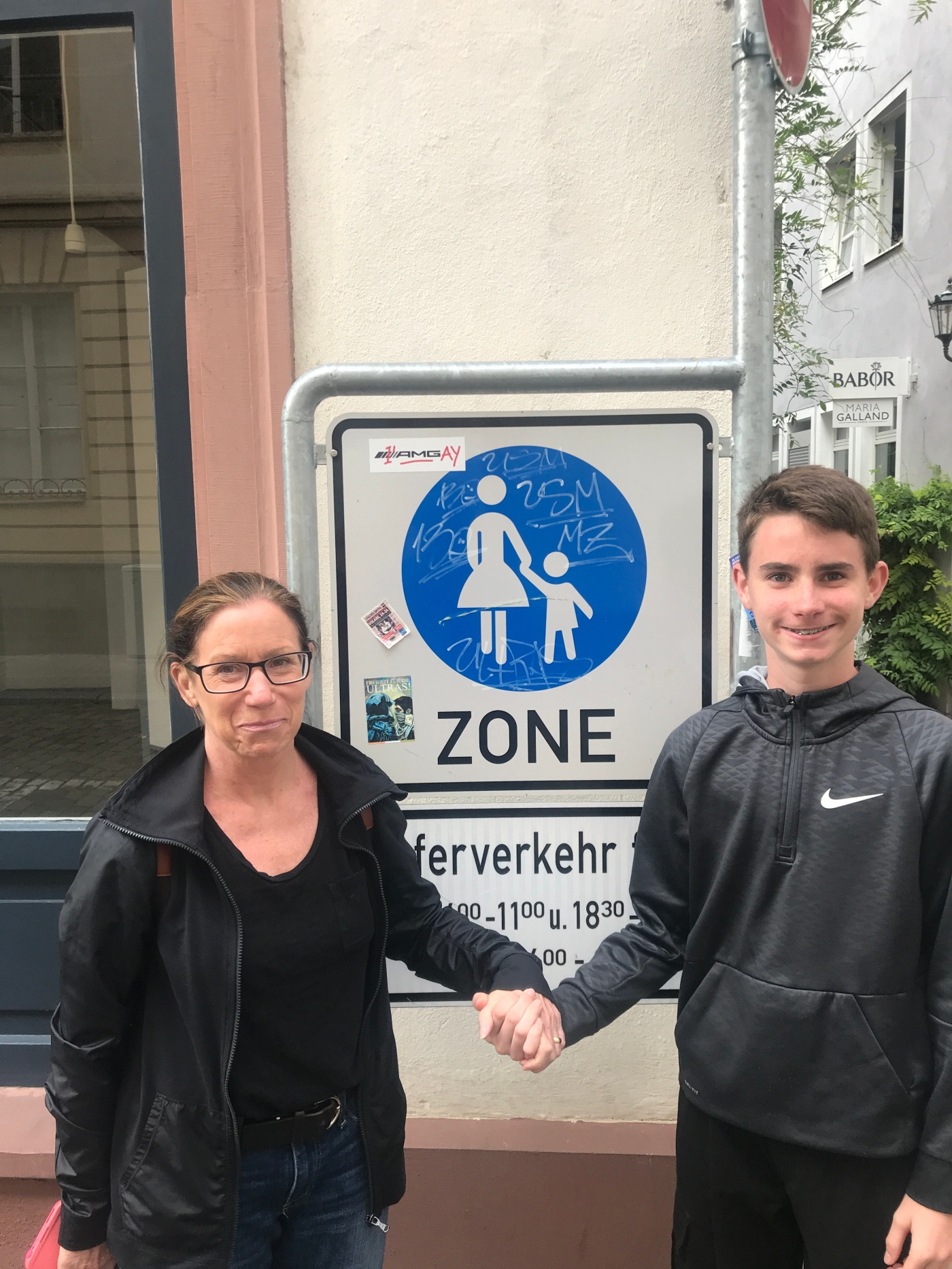 Mainz is not a huge tourist destination but three things draw us there: We lived for three years across the river in a small town called Mainz-Kastel from 2001-2004; it is a good place to catch a train to Paris; And Toby lives there, so we are stopping for the night.

We are getting pretty good at the whole ‘getting up late’ thing.  Back home Jan and AJ are up and showered by 7am but here we are lucky if we get out of the sack before 8.  Today is no different.  Our schedule is to catch one of the hourly trains from Bacharach to Mainz after we exercise, eat breakfast and checkout.  All three of the mandatory tasks executed, we check out and head to the train station.  We spent parts of three days in Bacharach and while it was a very nice place, perhaps next time we would have spent our nights in a slightly bigger town.  We spent little time in the actual town or hotel, returning to sleep so we could have, for example, stayed in St. Goar, which is a short distance away (by train) for half the price.  Or maybe closer to the Mosel in a small town.  Or probably just visit the Mosel next time and leave the Rhine behind.  We shall see.

In the meantime we are on our way to Mainz and we arrive at 11:40 am.  We have a room at the B&B hotel right outside the train station, check in is 2pm and they are not kidding…the nice lady behind the counter didn’t even look to see if our room was ready–just said “see you at 2pm.”  But we could drop our bags and we did.  Then we headed out into Mainz, across the Rhine and into our old stomping grounds of Mainz Kastel. 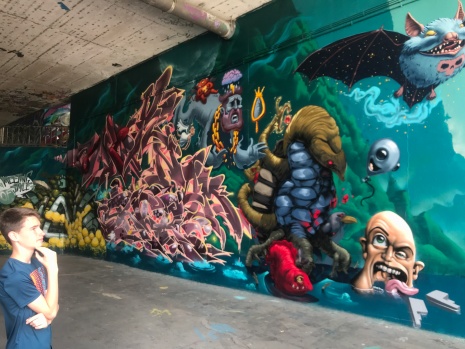 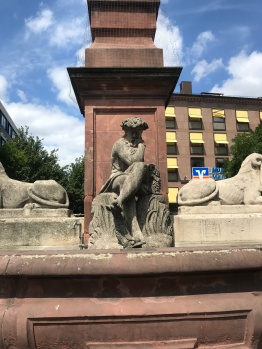 Which has not aged well.  In our minds, the area along the river from the bridge to our old apartment is pastel green grass, blue skies and cooling summer breezes.  Perhaps our memories are clouded by the passing of 15 years since we left, but the area is run down.  Lots of garbage on the roads and in the park.  Grass is not trimmed or mowed.  There aren’t a lot of people or cars moving around in the area.  It just feels a bit abandoned.  The buildings that we lived in are still there (it would take a small nuclear weapon to knock them down) but have been turned over from the US Army back to the city and they are apartments.  We pointed to the buildings we lived in for AJ to see, he feigned interest, and then we went to find a late lunch at our favorite pizza place.  Which was no longer in business because it was FIFTEEN years ago that we were there.  Idiots.  So we got crappy pizza and walked back across the river to Mainz and to check in to the hotel.

Pretty sure this used to be green 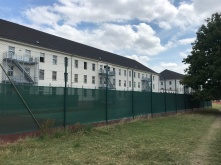 AJ was not impressed 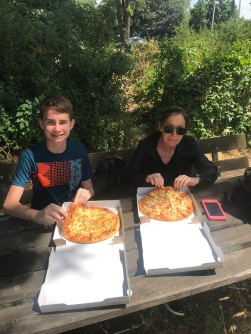 Remember the categories for hotels that we laid out in an earlier post?  They were business hotel, AirBnB, cutesy hotel/hostel.  This place is kind of between a business hotel and a hostel.  Lots of kids carrying backpacks, pretty cheap rooms, electronic checkin for anytime of day or night and no keys or key cards, but pins to get into the hotel room.  The rooms are small, but have killer air conditioning.  Plus thy have a queen bed (to twin mattresses in a queen box) plus bunk beds for AJ.  It is perfect.  Jan immediately falls into the bed and commences to nap.  AJ and I tray the bunk beds–he is up top and I’m on the bottom.

At 6pm we are out the door to head to the old part of the city (Altstadt) and walk around the pedestrian area.  The pedestrian areas are marked by nice signs that show a woman walking her child, so I like to request that Jan and AJ hold hands while in the marked zones.  This is met by hoots of derision across the board.  We spent a lot of time here at Christmas markets, shopping, going to bars/clubs/restaurants and enjoying the city.  It still looks good and even on a Monday night there were lots of people wandering around.  We were meeting Toby at 7:30 at a cafe outdoors in a plaza.  Toby is the brother of one of the Au Pairs (Annika) and he came to stay with us for a month (or two?  I barely remember last week much less four years ago) while he did an internship at a DC law firm.  He is now a full fledged lawyer, has a great wife, two kids (Sam and Alva aged 5 and 2.5 respectively) with one more due in September.  The cafe was great–we pulled together three tables outside and sat and ate while the kids took turns eating at the table and ripping around the plaza.

I made a statement a couple of days ago that I was able to communicate like a four year old German child.  I was incorrect.  Alva sat with me at the table, and unaware that I didn’t speak German, carried on a perfectly clear conversation with me.  When I tried to answer in German and got the word wrong, she shook her head and said “nein.”  When I blurted out something in English, she shook her head and said “nein.”  Pretty much our whole interaction throughout the night was her telling me “nein.”  I need some more work.

Dinner complete, we head back to the hotel for a blissful night of sleep in our freezing cold room.  This ends our part of the trip in Germany/Austria.  13 day between the two countries, three cities, a bunch of small towns, hiking, summer luge, canyoning, and a bunch of museums.  Tomorrow we head to France for 10 days starting in Reims.