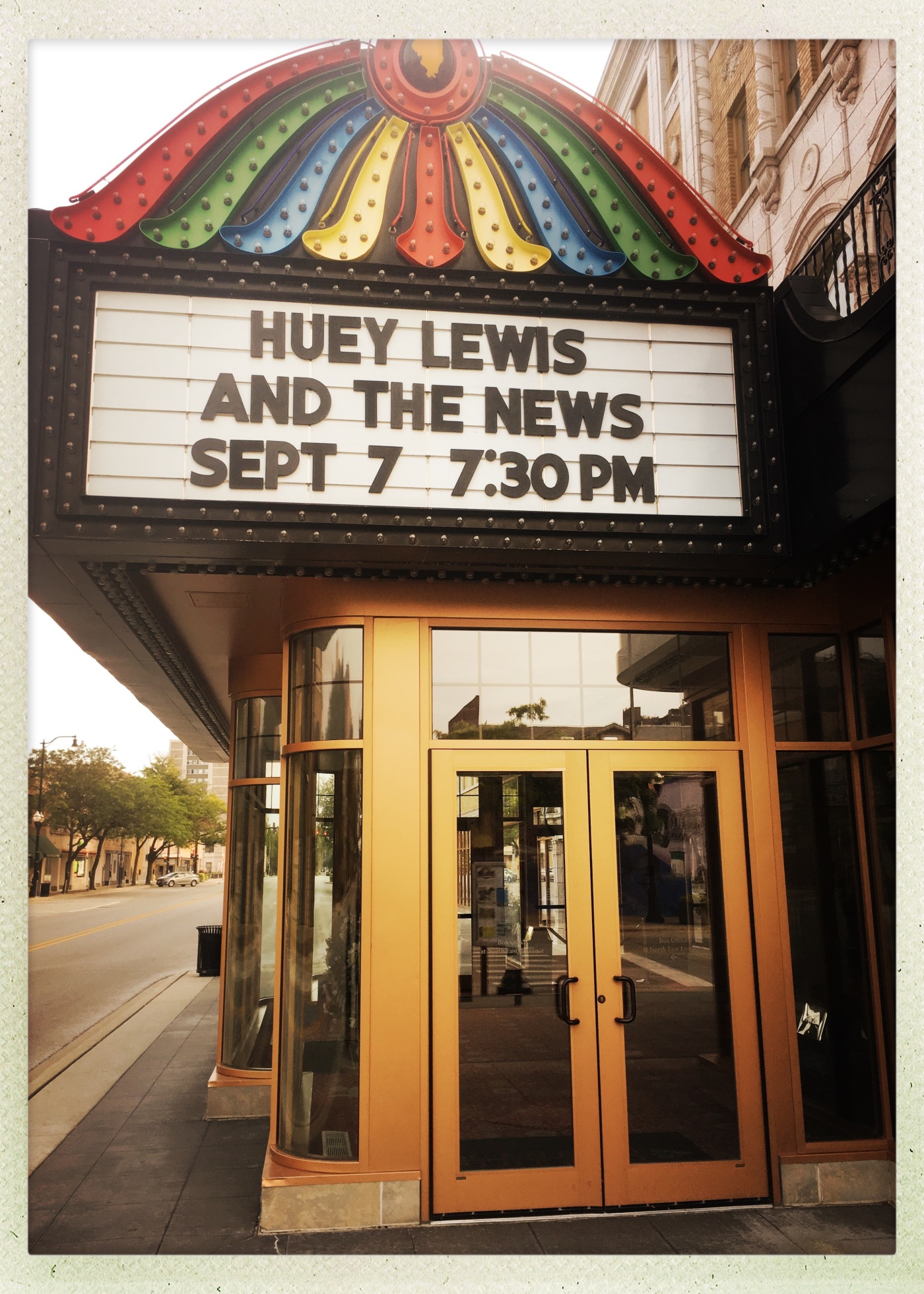 Well that was fun! After fifteen days we finally fired up our engines, then put up our sails and headed south out of McKinley Marina in Milwaukee, WI. A great couple of weeks. Milwaukee is a fantastic city, we made new friends on our P Dock, we reconnected with old friends and got to see a lot of western Wisconsin. But it was time to move on and the today’’s forecast is perfect for a 40+ mile move south. Winds 10-15 knots from the west in the morning and then decreasing and moving to the Southwest for the afternoon.

We are turning into a relatively well-oiled machine when it comes time to leave (or when we arrive for that matter), but after two weeks, we were moving a bit slower than usual this morning. Alarm went off at 0530 which is a SOLID three hours earlier than any time we have seen in the past two weeks. I roll out of bed, get Lucky and head out for a short run; since we have 8 hours on the boat today, it is good to get some of the doggie energy expended before we get underway. Quick shower and back to the boat to help Jan with readying the boat. On the way back we get to say final good byes to the early risers on P dock.

The boat prep goes efficiently–our goal was to leave at 0700 and we were pushing off the dock at 0702. The wind was a bit north of west and not quite as strong as forecasted, but that is the way we would prefer the forecast to be–slower rather than faster. There weren’t many boats moving in the marina but a bunch of fisherman were already set up in the bay. Apparently the fish favor both the channel in/out of the marina as well as in/out of the lake because the majority of the fishing craft were setup right smack dab in the middle of both channels. We wove our way through the obstacle course and onto Lake Michigan and it was a gorgeous sight. Sun was just up over the horizon, the lake was relatively calm and blue and temperature was nice and cool. It will be warmer later, but it is fantastic now.

When we sat down on Thursday for trip planning, our goal was to maximize our mileage this day to get us closer to Chicago, keeping in mind we have an appointment on Thursday on the south side to get our mast unstepped. There are three cities in a row (Racine, Kenosha and Waukegan) and Waukegan is our target for the day–just across the border in Illinois. Monday is a ‘no travel’ day–there are forecasted to be 40 knot gusts and an small craft advisory has already been issued, so that gives us Tuesday and Wednesday to travel the remaining 35 miles to Chicago.

Once out on the water we put up the main and the genoa in hopes of some sailing wind. The wind in the morning isn’t strong, but give us a half knot push along south. The terrain is changing. Wisconsin gave us one last set of bluffs just south of Milwaukee and then the hills sloped down until they were barely above the water. Trees lined the shore,

but we could see them marks of industry, power plants and development as we moved south. It is quiet for the first three hours with hardly a boat in sight. Then we get outside Racine and we begin to see sails and boats out on the water. Wind picks up as we get farther south and after hour five, we are moving along at 7-8 knots–positively screaming across the water. As we get close to Waukegan, we hear a loud BANG and the sound of metal shards raining over our heads. The shackle that holds the main sail to the outhaul broke. Spectacularly. Jan went out to look, identified the flapping end of the main as ‘bad’ and went to find a replacement shackle. Then she took over steering while I went up to reattach the shackle. Pulled the outhaul in, she pulled up the topping lift and voila! Fixed. Don (Endeavor) informed me via text that “No sailing day is perfect without breaking something,” and that makes today just about perfect. 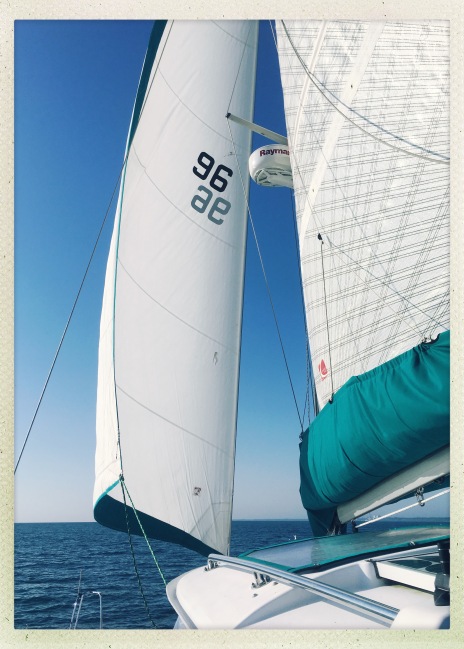 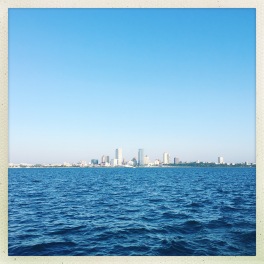 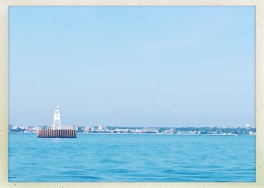 Closest we get to Racine 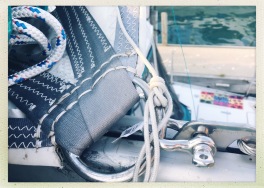 The shackle is our replacement…

I tried to use the Marina’s on line reservation system yesterday, but it didn’t work. When I called, they told us “No problem! Just come to the fuel dock! We have plenty of room!” <sup>1</sup> So we arrive at the marina and head to the fuel dock. A very nice young man comes out to help and indeed can get us a dock space. We fill up and pump out. I figured we would need 30-35 gallons, but only take 27. We are getting a ridiculous .62 gallons/hour. We don’t go fast, but we sip the gas. And the sails are helping big big. Slip assignment in hand, we make our way to the dock. I ask if someone can meet us to catch our lines and a synopsis of his reply was “Good luck with THAT!” Off we go. Jan and AJ NAIL the landing getting both their lines around the dock and getting us secured in no time.

We are a strange animals here. Boats are passing by on the way to their slips for the night. And haven’t seen a catamaran often and certainly not in their marina. We had a couple of visitors that came by to look at the cat and let us know that we are an odd sight here. <sup>2</sup> 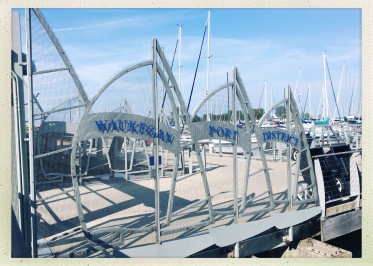 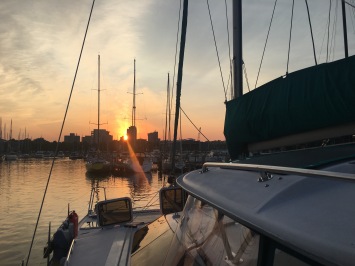 Other than the people, there isn’t a lot going for the marina. We are on a dock far away from civilization–it is a country mile to the office and a patch of grass for Lucky to do his duty. And there isn’t a lot in Waukegan and the activities are all a mile plus hike away. Up hill. I kid you not. So we decide that staying put on the boat tonight, whipping up some butter chicken (out of a jar) and family game night are in the cards. Tomorrow is hella winds so we aren’t moving. But six flags Illinois is only a 20 minute Uber ride away, so I have a feeling I know where we will be come tomorrow.

Update: Took Lucky for a run into town and it wasn’t as far as advertised–maybe a half mile from the marina or a bit more. They had a big theater/concert hall that is apparently stuck in the 70s/80s (Huey Lewis on the billboard and other oldies bands on tap like America). Found a park that had memorial stars for famous people born/raised in the town and it included Ray Bradbury! 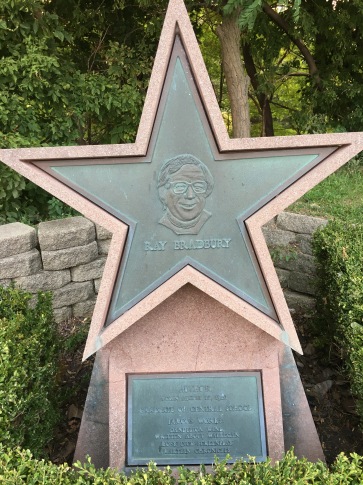 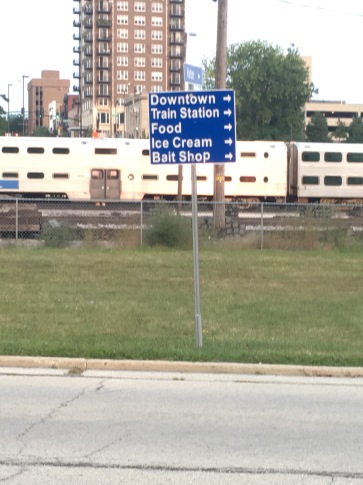 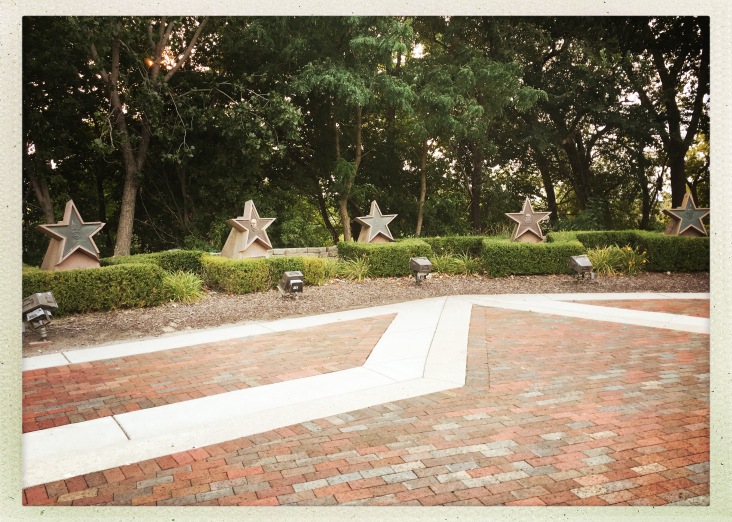 <sup>1</sup>Yes. They did end all their sentences in exclamation points.

<sup>2</sup> Something we have seen since Northern Michigan which is a bit different than our marina on the East Coast is people pulling out chairs/tents/tarps and hanging out on the dock drinking, grilling and socializing. Sheboygan and Milwaukee were the kings but most of them, including Waukegan, have people out on the dock in front of their boat enjoying the evening. And they will provide you (or your dog) food and/or beverage if you look desperate enough. Which apparently I do…